The term "conservative" is often ambiguous in contemporary American political discourse. Like the terms "love" or "justice," it can mean one thing for one person, and something different for another--yet the term is usually used in a way in which a simple definition is a given and all agree on that definition. Used ambiguously, the term is misunderstood by professing conservatives and the professed enemies of conservatism. In this lecture, we will attempt to identify some fundamental distinctives about American conservatism in an attempt to arrive at a sharpened understanding of the worldview the term identifies.

Reflections on the Revolution in France, Edmund Burke

Conservatism: An Invitation to the Great Tradition, Roger Scruton

What Is Conservatism Participant Notes42.48 KB 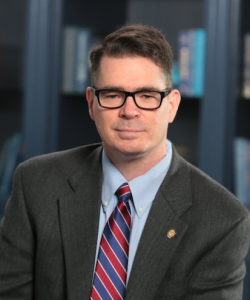