Mustafa Akyol is a senior fellow at the Cato Institute’s Center for Global Liberty and Prosperity, where he focuses on the intersection of public policy, Islam, and modernity. He is also an affiliate scholar at the Acton Institute, where he leads Acton’s Islamic Outreach project, which explores the foundations of a free and virtuous society from an Islamic perspective. Akyol has also been a faculty member at Acton University since 2008, teaching sessions such as “Islam, Reason, and Freedom” and “Islam 101.”

His seminal book Reopening Muslim Minds has been excerpted or reviewed in the New York Times, Wall Street Journal, Financial Times, The Economist, Los Angeles Book Review, Friday Times (Pakistan), and various other publications across the Muslim world. Akyol’s earlier book Islam without Extremes was praised by the Wall Street Journal, acclaimed by the Financial Times as “a forthright and elegant Muslim defense of freedom,” and was long-listed for the 2012 Lioner Gelber Prize, a literary award for the world’s best nonfiction book in English. It has been published in Turkish, Malay, Indonesian, and unofficially in Urdu. (It was subsequently banned in Malaysia in 2017 after Akyol’s short arrest by the country’s “religion police” merely because Akyol delivered a public lecture defending religious freedom.)

A Turkish journalist and author, Akyol worked for more than a decade as an opinion columnist for Turkish newspapers Hurriyet Daily News and Star (before they were co-opted, purged, and transformed by the powers that be). From 2013 to 2021, he was a contributing opinion writer for the New York Times. Akyol’s articles have also appeared in a wide range of other publications, including the Washington Post, the Wall Street Journal, The Atlantic, Foreign Affairs, Foreign Policy, Newsweek, First Things, The Forward, Al-Monitor.com, The Weekly Standard, the Financial Times, the London Times, The Guardian, the Washington Times, and Pakistan’s The Dawn. He has appeared frequently on CNN, BBC, NPR, and Al‐​Jazeera English, and on prominent TV shows such as Fareed Zakaria GPS and HARDtalk. His TED talk on “Faith versus Tradition in Islam” has been watched by more than 1.2 million viewers.

The Thinking Muslim, a popular podcast, defined Akyol as “probably the most notable Muslim modernist and reformer.” In July 2021, the U.K.'s Prospect magazine also listed him among “The world’s top 50 thinkers.” 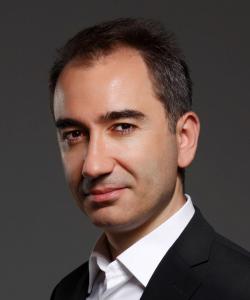