James M. Patterson is associate professor of politics and chair of the politics department at Ave Maria University. He is also a research fellow at the Center for Religion, Democracy, and Culture and president of the Ciceronian Society, an ecumenical fellowship of Christian scholars dedicated to the study of tradition, place, and "things divine." His academic writing has appeared in American Political Thought, the Journal of Church and State, Perspectives on Political Science, and the Political Science Reviewer. His more popular writing has appeared in National Affairs, First Things, Public Discourse, Law & Liberty, and many other outlets.

In 2019, he published his first book, Religion in the Public Square: Sheen, King, Falwell, with the University of Pennsylvania Press. He is currently working on a book interpreting and compiling the definitive political works of Venerable Archbishop Fulton J. Sheen. 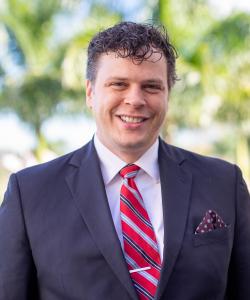