This primer is an introductory text to rediscover the principles of commerce and economics as revealed in the Qur'an, espoused by the Sunnah (practices of Prophet Muhammad), and understood by the jurists, especially during the classical period of Islam. As a religion, Islam offers three definitive and broad moral principles of economic organization of a society, which evolved in the initial phase of Islamic history. These are: the principle of ownership that clearly delineates private and public property; the principle of wealth creation based on voluntary trade and price freedom; and the principle of wealth distribution by circulation and assignment of rights. Based on these principles, and using primary sources of Islamic knowledge, this primer derives a framework of operational institutional tenets that can be used to reform an economic system. These tenets are price freedom, free trade, market regulations, sound currency, riba free banking, low and flat taxes, reliance on voluntary contributions, and strict inheritance distribution. Thus, the framework addresses all important business, policy, and equity issues that any economic system should resolve. This framework, essentially built on a classical understanding of Islam, widens the discussion of the modern discipline of Islamic economics, which is usually confined to banking and redistributive issues.

Khan, M. A. (2013). What Is Wrong with Islamic Economics?: Analysing the Present State and Future Agenda. Glos: Edward Elgar Publishing

Koehler, B. (2014). Early Islam and the Birth of Capitalism. London: Lexington Books

Oğuz, O. and Tabakoğlu, A. (1991). "An historical approach to Islamic pricing policy: A research on the Ottoman price system and its application." Journal of King Abdul Aziz University: Islamic Economics, 3, 65–81. 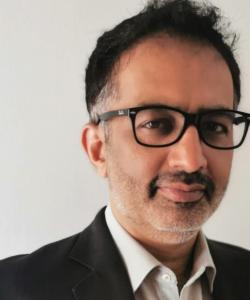