Wilfred M. McClay holds the Victor Davis Hanson Chair in Classical History and Western Civilization at Hillsdale College. Before coming to Hillsdale in the fall of 2021, he was the G.T. and Libby Blankenship Chair in the History of Liberty at the University of Oklahoma and the director of the Center for the History of Liberty. His book The Masterless: Self and Society in Modern America received the 1995 Merle Curti Award of the Organization of American Historians for the best book in American intellectual history. Among his other books are The Student’s Guide to U.S. History, Religion Returns to the Public Square: Faith and Policy in America; Figures in the Carpet: Finding the Human Person in the American Past; Why Place Matters: Geography, Identity, and Public Life in Modern America; and Land of Hope: An Invitation to the Great American Story. He served for 11 years on the National Council on the Humanities, the advisory board for the National Endowment for the Humanities, and is currently a member of the U.S. Commission on the Semiquincentennial, which has been charged with planning the celebration of the nation’s 250th birthday in 2026. He has been the recipient of fellowships from the Woodrow Wilson International Center for Scholars, the National Endowment for the Humanities, and the National Academy of Education, and served as a Fulbright Senior Lecturer in American History at the University of Rome. He is a graduate of St. John’s College (Annapolis) and received his Ph.D. in history from Johns Hopkins University. 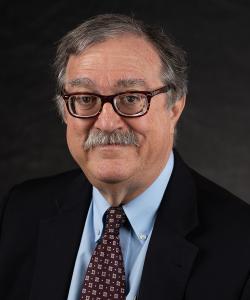