Victor V. Claar, Ph.D. is associate professor of economics in the Lutgert College of Business at Florida Gulf Coast University in Fort Myers, where he holds the BB&T Distinguished Professorship in Free Enterprise. He holds a B.A. in business administration from Houghton College in New York, where he completed a second major in mathematics.  He earned both his master’s and Ph.D. in economics at West Virginia University, where he wrote his doctoral dissertation under the guidance of Ronald Balvers. Professor Claar is a former Fulbright Scholar, having spent a year giving graduate lectures and conducting research at the American University of Armenia.

While you may have heard that economics was once dubbed the “dismal science,” Professor Claar’s work demonstrates that this field is quite the opposite, especially when it does what Professor Claar does: combine sobering analysis and Christian principles to offer a vision of hope. He has a long record of publications, including his influential book, Economics in Christian Perspective: Theory, Policy and Life Choices, now in its tenth printing and recently translated into Chinese. Professor Claar is also the author of Fair Trade? Its Prospects as a Poverty Solution. His scholarly articles have appeared in several peer-reviewed outlets including Applied Economics, Public Finance Review, Faith & Economics, and the Journal of Markets & Morality. He currently serves the Acton Institute as an Affiliate Scholar in Economics. His latest book (with coauthor Greg Forster), The Keynesian Revolution and Our Empty Economy: We're All Dead, is scheduled for release in July 2019 by Palgrave Macmillan. You can follow him on Twitter at @victorclaar 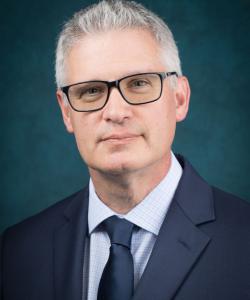