Tallis Gomes was born in Carangola, Minas Gerais, in 1987. In 2011, aged 24, he founded Easy Taxi, which in 2015 was deemed worth 1 billion reais (approximately $330 million US back then). Before founding Easy Taxi, Gomes had two other unsuccessful businesses. Tallis claims to work at least 14 hours a day and was personally in charge of inaugurating a number of Easy Taxi’s offices worldwide, including in Guatemala and South Korea. He was featured in the Forbes "30 Under 30” list in 2010 and has given numerous lectures at academic institutions such as Harvard University, Columbia University, and Duke University in the United States and Yonsei University in South Korea, among others. 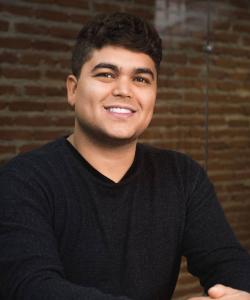