What happens to human rights when we let machines encroach on our social systems? Is our technology truly designed to be neutral? Shalini Kantayya’s latest film Coded Bias—now streaming on Netflix—explores the intersection of innovation and ethics. Dubbed “the most important film about AI you can watch today,” Coded Bias disrupts the default belief that AI, science, and technology are inherently impartial, and instead, illuminates key questions about racial bias in tech that we’ve never thought to ask before.

In her research at M.I.T Media Lab, computer scientist Joy Buolamwini—a Black women— made a startling discovery: facial recognition technologies could not detect dark-skinned faces, nor could they accurately identify women. This discovery was the beginning of a much bigger realization: that machine-learning algorithms—intended to avoid prejudice—are only as unbiased as the humans, and the data sets, programming them. Filmmaker Shalini Kantayya was so captivated by this story that she captured it in what later became the critically acclaimed documentary Coded Bias. From Buolamwini’s initial discovery, to the movement for transparency and accountability that followed, Kantayya’s film offers a stunning exploration of how we can protect our civil liberties in the face of artificial intelligence—which is growing more ubiquitous by the day. Called “the most cleareyed of several recent documentaries about the perils of Big Tech,” by the New York Times, Coded Bias zeroes in on the human cost of these technologies, which are designed to improve our lives, but instead perpetuate existing racial and gender-based inequities. Pragmatic, honest, and hopeful, this film follows many unsung heroes—data scientists, mathematicians, and watchdog groups from all over the world—in their fight to expose the discrimination built into the algorithms we use every day.

Kantayya’s production company 7th Empire Media works to create a culture of human rights through imaginative media. Also an eco-activist, Kantayya knows sustainable energy isn’t just right for the environment, but also promises untold economic opportunities. In her feature documentary Catching the Sun, she tells a modern story of innovation—one that’s disrupting outmoded industries and putting power into the hands of those who need it most. It explores the race for the clean energy future through the stories of solar entrepreneurs in the U.S. and China. The film premiered at the Los Angeles Film Festival and was named a New York Times Critics’ Pick. It’s also part of American Film Showcase, and will be shown at U.S. embassies and diplomatic missions around the world. The film won the Best Feature award at the San Francisco Green Film Festival, and was released globally on Netflix with Executive Producer Leonardo DiCaprio. Catching the Sun has been nominated by the Environmental Media Association for the EMA Award for Best Documentary, and has been translated into 35 languages.

Recently, Kantayya directed Breakthrough for National Geographic: a series profiling trailblazing scientists who will transform our future (Executive Produced by Ron Howard). Her award-winning sci-fi film about the world water crisis, A Drop of Life, was broadcast on national television in the U.S. and India. A Drop of Life was used as a tool to organize for water rights in 40 villages across Africa—making a real-world impact in the lives of thousands. Kantayya finished in the top 10 out of 12,000 filmmakers on Fox’s On the Lot, a show by Steven Spielberg in search of Hollywood’s next great director.

Kantayya is a Sundance Fellow and a TED Fellow. She was also a finalist for the ABC/Disney Directing Program. A William D. Fulbright Scholar, she has lectured at Princeton, Yale, Stanford, and USC, among others. She has received recognition from the Sundance Documentary Program, IFP Spotlight on Documentary, New York Women in Film and Television, and the Jerome Hill Centennial. 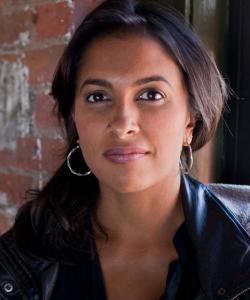