Sebastian Spio-Garbrah is Chair of The Canada-Africa Chamber of Business and Global Managing Director & Chief Frontier Markets Analyst at DaMina Advisors. He has been recognized as one of the world’s leading frontier markets analysts, was voted among the ‘Top 30 under 30 Analysts’ by New York’s Institutional Investor Magazine in 2006.

Since 2010, Sebastian has been Global Managing Director & Chief Frontier Markets Analyst at DaMina Advisors where he advises the boards, CEOs and portfolio managers of many of the world’s leading multinationals and largest institutional investors on Africa. 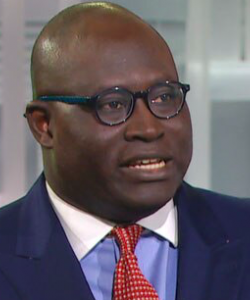