Sarah Estelle, Ph.D., is an associate professor of economics at Hope College in Holland, Michigan, and research fellow of the Center for Religion, Culture & Democracy.

A second vein of Dr. Estelle’s scholarship seeks to bring into conversation principles of traditional Christian teaching and classical liberal economics. Current projects include topics ranging from visions of the state and dispersed authority, the underappreciated overlap between economic efficiency and Christian stewardship, and the usefulness of economic principles to loving, rightly understood.

Dr. Estelle is also the founding director of Hope College's Markets & Morality student program, which explores economic issues through a Christian lens and brings speakers and film screenings to campus to enrich the Hope community's understanding of markets and appreciation for the free exchange of ideas.

Dr. Estelle earned her B.A. and Ph.D. in economics from Hillsdale College and the University of Virginia, respectively. 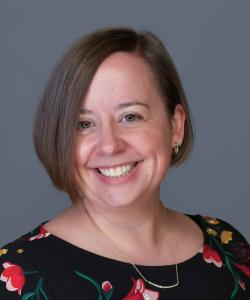