Ryan T. Anderson, Ph.D., is the president of the Ethics and Public Policy Center and the founding editor of Public Discourse, the online journal of the Witherspoon Institute of Princeton, New Jersey.

He is the author of When Harry Became Sally: Responding to the Transgender Moment and Truth Overruled: The Future of Marriage and Religious Freedom. He is the co-author of What Is Marriage? Man and Woman: A Defense and Debating Religious Liberty and Discrimination, and the co-editor of A Liberalism Safe for Catholicism? Perspectives from “The Review of Politics.”

Anderson has made appearances on ABC, CNN, CNBC, MSNBC, and Fox News. His work has been published by the New York Times, the Washington Post, the Wall Street Journal, Oxford University Press, Cambridge University Press, the Harvard Journal of Law and Public Policy, the Harvard Health Policy Review, the Georgetown Journal of Law and Public Policy, First Things, the Claremont Review of Books, and National Review.

He is the John Paul II Teaching Fellow in Social Thought at the University of Dallas, a member of the James Madison Society at Princeton University, and a fellow of the Institute for Human Ecology at the Catholic University of America.

For nine years he was the William E. Simon Senior Research Fellow at The Heritage Foundation and has served as an adjunct professor of philosophy and political science at Christendom College and a visiting fellow at the Veritas Center at Franciscan University. He has also served as an assistant editor of First Things. 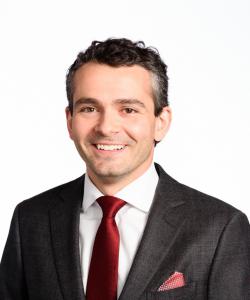