Russ Roberts is the John and Jean De Nault Research Fellow at the Hoover Institution.

He founded the award-winning weekly podcast EconTalk in 2006. Past guests include Milton Friedman, Martha Nussbaum, Thomas Piketty, Christopher Hitchens, Bill James, Nassim Taleb, Michael Lewis, and Mariana Mazzucato. All 675+ episodes remain available free of charge at EconTalk.org and reach an audience of over 100,000 listeners around the world.

His two rap videos on the ideas of John Maynard Keynes and Friedrich Hayek, created with filmmaker John Papola, have had more than 10 million YouTube views, have been subtitled in 11 languages, and are used in high school and college classrooms around the world. His poem and animated video “It’s a Wonderful Loaf” (wonderfulloaf.org) is an ode to emergent order. His series on the challenge of using data to establish truth, The Numbers Game, can be found at PolicyEd.org.

His latest book is Gambling with Other People's Money: How Perverse Incentives Caused the Financial Crisis (Hoover Institution Press, 2019). His book How Adam Smith Can Change Your Life: An Unexpected Guide to Human Nature and Happiness takes the lessons from Adam Smith's little-known masterpiece The Theory of Moral Sentiments and applies them to modern life.

Roberts is the author of three novels teaching lessons and ideas through fiction—The Price of Everything: A Parable of Possibility and Prosperity, The Invisible Heart: An Economic Romance,and The Choice: A Fable of Free Trade and Protectionism, which was named one of the top ten books of 1994 by Business Week and one of the best books of the year by the Financial Times. 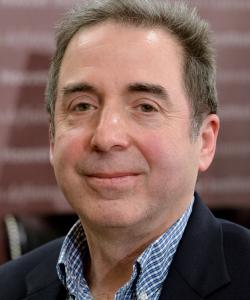