Rev. Johnson was a panelist at the 2016 CPAC. His writings have appeared in The (UK) Guardian, The Stream, Real Clear Policy, National Catholic Register, Aleteia.org, Real Clear Religion, Conservative Review, The Daily Caller, and Human Events, and have been cited by National Review, CBS News, Fox News, and the Rush Limbaugh Show.

He was managing editor of FrontPage Magazine and U.S. Bureau Chief at LifeSiteNews. He is the author of two books on tax-exempt foundations, as well as Party of Defeat (2008, Spence, with David Horowitz).

Before turning to online journalism and editing, he spent more than a decade in all facets of radio broadcasting, including news and talk. He is a frequent guest on secular and Christian talk radio and television.

He also serves a parish in the Eastern Orthodox Church. 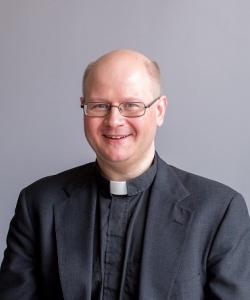