Paul Glader is an associate professor of journalism, media and entrepreneurship at The King’s College in New York City, where he also directs the McCandlish Phillips Journalism Institute. He is founder and co-director of the NYC Semester in Journalism (NYCJ) and co-advises the student online news portal, magazine and video platform, The Empire State Tribune. He directs the business reporting program for the Dow Jones News Fund at NYU. He serves as executive director of The Media Project, a non-profit news platform and training program for international journalists and executive editor of its ReligionUnplugged.com site. Glader was the Laventhol / Newsday Visiting Professor at Columbia University’s Graduate School of Journalism in the Spring of 2018, serving as lead professor for the capstone M.A. Seminar in Business. Glader has raised more than $3 million in grant funding for journalism programs at King’s. He also is founder and CEO of a startup called VettNews, which is one of eight university teams to participate in the NYC Media Lab’s Combine accelerator in the Spring of 2019.

Glader received a Master’s from Columbia University as a Knight-Bagehot Fellow at the graduate schools of business and journalism. He completed his EMBA and served as a media scholar at The Berlin School of Creative Leadership at Steinbeis University in Germany. He lived in Germany from 2011-2013, as a Robert Bosch Foundation Fellow and as a European Journalism Fellow at Freie Universität in Berlin.

His research and writing interests include the startup economy/technology innovation; journalism ethics and history/the new journalists; urban planning/transportation; Europe/Germany/Scandinavia; parenthood/fatherhood; creativity in leadership and media entrepreneurship. He enjoys surfing, reading and traveling with his wife and two daughters. 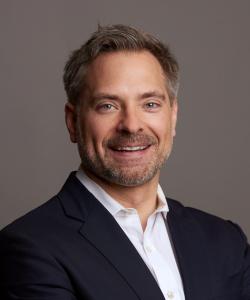