Mike Cosper is a writer and podcast producer/senior director of podcasts at Christianity Today. In 2021 he produced and hosted The Rise and Fall of Mars Hill, a serialized podcast telling the story of a Seattle megachurch’s stunning success and collapse. The podcast served as a venue to explore a variety of questions and issues that trouble the church, including character formation, gender, celebrity, and the distorting power of media. His next series launches later this year.

He’s the author of five books, including Recapturing the Wonder, a book about spiritual formation in a secular age. He has forthcoming works on wisdom and character formation in the Sermon on the Mount (IVP, Fall/Winter 2022) and a Christian reading of the work of Hannah Arendt (Brazos Press, Fall 2023).

Before writing and podcasting full time, Mike served as a founding staff member and pastor at Sojourn Community Church in Louisville, Kentucky, where he helped lead the church from a handful of people in an apartment to a church of more than 4,000 members. He’s the founder of Sojourn Music, a collective of musicians and songwriters whose songs are sung in churches across the country, and a co-founder of Harbor Network, a church-planting network with more than 100 member churches across the country.

Mike is also an accomplished studio and touring musician and has played guitar, pedal steel, and dobro for projects with Bill Mallonee, Sandra McCracken, Peter Searcy, and many more.

Mike lives in Louisville with his wife, Sarah, their two daughters, and their two dogs. If you listen closely, you can almost always hear a dog snoring in the background of his podcasts. 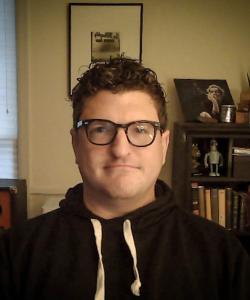