Marvin Olasky is a senior fellow of the Discovery Institute and an affiliate scholar at the Acton Institute. He edited WORLD magazine from 1992 to 2021 and was a professor, provost, chairholder, and dean at The University of Texas at Austin, The King’s College, Patrick Henry College, and the World Journalism Institute from 1983 to 2021. He is the author of 28 books including The Tragedy of American Compassion, Fighting for Liberty and Virtue, Abortion Rites, Reforming Journalism, and Lament for a Father.

Dr. Olasky earned an A.B. from Yale University in 1971 and a Ph.D. in American Culture from the University of Michigan in 1976. He was a Boston Globe correspondent and a Du Pont Company coordinator, and has written 5,000 articles for publications including World, The New York Times, The Wall Street Journal, The Washington Post, The Los Angeles Times, and Fortune.

Dr. Olasky is a Presbyterian Church in America elder and has chaired the boards of City School of Austin and the Austin Crisis Pregnancy Center. He has spoken on six continents and his writings have been translated into Chinese, Spanish, Italian, French, Portuguese, and Russian. He has been to 79 major league and spring training ballparks, all 254 Texas counties, and all three Delaware counties.

Marvin has been married for 45 years and has four sons, four daughters-in-law, and five grandchildren. He has been a foster parent, a PTA president, a cross-country bicycle rider, an informal advisor to George W. Bush, and a Little League assistant coach. 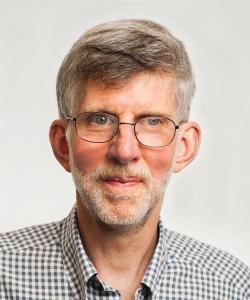