Margarita A. Mooney, Ph.D., was educated at Yale University and Princeton University, and has served on the sociology faculty at both schools.  Since 2016, she has been a tenured professor of Practical Theology at the Princeton Theological Seminary, where all of her classes aim to integrate philosophy, theology and social sciences with the aim of furthering individual freedom and promoting the common good. In 2016, she launched Scala Foundation, a nonprofit dedicated to classical liberal arts and educating the whole person, mind, body and soul.  Her book Faith Makes Us Live: Surviving and Thriving in the Haitian Diaspora (University of California Press, 2009) demonstrated how religious communities support the successful adaptation of Haitian immigrants in the U.S., Canada and France. She is currently working on a book manuscript that that explores the religious lives of young adults who have experienced traumatic life events. Her research has been funded by two grants from the John Templeton Foundation totaling more than $3 million.

She is a passionate keynote speaker on higher education, liberalism and Christianity at venues including Yale University, Harvard Law School, Columbia University, Pepperdine and the Catholic University of America. Her writing and research have been widely cited and praised, including by David Brooks in The New York Times, and Kathryn Jean Lopez, editor-at-large of National Review. As a Catholic woman working at the intersection of the social sciences with philosophy and theology, Mooney excels at encouraging students, readers, listeners and audiences to think about important questions in culture, education and faith in new and different ways.  She speaks meaningfully about  faith and values to a wide range of individuals, organizations and communities.  As the child of a Cuban refugee she grew up around people who believed in the American dream. She wants to take what’s good about modern American society and make it better, moving people and communities to reach their best selves. 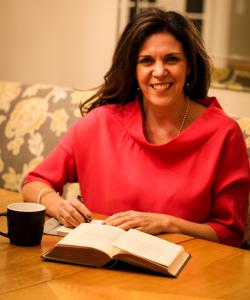