Lawrence W. (“Larry”) Reed became president of FEE in 2008. Prior to that, he was a founder and president for 20 years of the Mackinac Center for Public Policy in Midland, Michigan. He also taught economics full time and chaired the Department of Economics at Northwood University in Michigan from 1977 to 1984.

In 2019, Reed retired to the president emeritus role at FEE and also assumed the titles of FEE’s Humphreys Family Senior Fellow and Ron Manners Global Ambassador for Liberty.

He holds a B.A. degree in economics from Grove City College (1975) and an M.A. degree in history from Slippery Rock State University (1978), both in Pennsylvania. He holds two honorary doctorates, one from Central Michigan University (Public Administration, 1993) and Northwood University (Laws, 2008).

A champion for liberty, Reed has written nearly 2,000 newspaper columns and articles in magazines and journals in the U.S. and abroad. He has authored or co-authored eight books, the most recent ones being Was Jesus a Socialist? and Real Heroes: Inspiring True Stories of Courage, Character, and Conviction. His website, www.lawrencewreed.com, features almost all his written work.

Reed has delivered at least 75 speeches annually for the past 30 years—in virtually every state and dozens of countries, from Bulgaria to China to Bolivia. His best-known lectures include “Seven Principles of Sound Policy” and “Great Myths of the Great Depression”—both of which have been translated into more than a dozen languages and distributed worldwide.

His interests in political and economic affairs have taken him as a freelance journalist to 81 countries on six continents. He is a member of the prestigious Mont Pelerin Society and an adviser to numerous organizations around the world. He served for 15 years as a member of the board (and one term as president) of the State Policy Network. His numerous recognitions include the “Champion of Freedom” award from the Mackinac Center for Public Policy and the “Distinguished Alumni” award from Grove City College.

He is a native of Pennsylvania and a 30-year resident of Michigan and now resides in Newnan, Georgia. 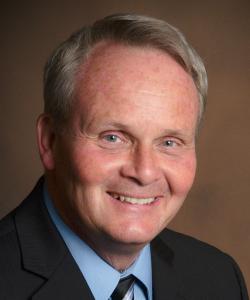