Jonah Goldberg holds the Asness Chair in Applied Liberty at the American Enterprise Institute and is a Fellow at the National Review Institute. He was previously senior editor at National Review, where he had worked for two decades. A best-selling author, his nationally syndicated column appears regularly in over a hundred newspapers across the United States. He is also a weekly columnist for the Los Angeles Times, a member of the board of contributors to USA Today, a Fox News contributor, and a regular member of the “Fox News All-Stars” on “Special Report with Bret Baier.” He was the founding editor of National Review Online. The Atlantic magazine has identified Goldberg as one of the top 50 political commentators in America. Among his awards, in 2011 he was named the Robert J. Novak Journalist of the Year at the Conservative Political Action Conference (CPAC). He has written on politics, media, and culture for a wide variety of leading publications and has appeared on numerous television and radio programs. He is the author of the recently-released New York Times bestseller “Suicide of the West” (Crown Forum, 2018), as well as two previous New York Times bestsellers: “The Tyranny of Clichés” (Sentinel HC, 2012) and “Liberal Fascism” (Doubleday, 2008).

Jonah Goldberg will give his plenary address on Wednesday, June 19.

Register for this Plenary 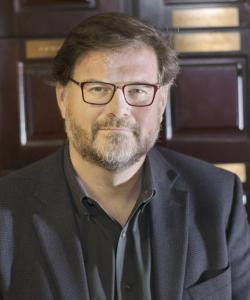 Courses by this instructor

There are no courses by this instructor for the selected year.