Jeff Sandefer lives a dual life as an entrepreneur and a teacher.

As an entrepreneur, he founded several successful companies -- his first at age 16; his latest Sandefer Capital Partners, an oil and gas investment firm with several billion dollars in assets.

Business may be his day job, but Jeff’s passion is teaching. While he was at the University of Texas, his students five times voted him the school’s Outstanding Teacher and Businessweek named him one of the top Entrepreneurship professors in America.

Fifteen years ago, Jeff and a group of successful businessmen started the Acton School of Business, whose 100-hour a week program led the Princeton Review to repeatedly name Acton’s students as the “most competitive” MBA’s in the nation.  In 2012 The Economist honored Jeff as one of the top fifteen Business School professors in the world.

In 2010 Jeff and his wife Laura started Acton Academy, a cutting edge K12 school that blends a one room schoolhouse, the Socratic Method and 21st century technology to equip each student to change the world .  Acton Academy has over 270 affiliates around the world and over 18,000 applications from parent-entrepreneurs who want to launch a new school.  By 2019 Acton’s Children’s Business Fairs also had served over 25,000 young entrepreneurs in over 200 cities.

Jeff is a graduate of the Harvard Business School, where he served for over twenty years on the school’s governing committees. He was a longtime director of National Review magazine and Philanthropy Roundtable and is one of the youngest members ever elected to the Texas Business Hall of Fame.   For over fourteen years he served as an educational advisor to Texas Governor Rick Perry and his Seven Solutions for Higher Education were advanced across the United States. 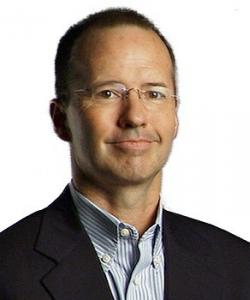