Founding Director
The Faraday Institute for Science and Religion
Denis Alexander, Ph.D. is the Founding Director [Emeritus] of The Faraday Institute for Science and Religion, Cambridge, where he is Emeritus Fellow of St. Edmund’s College. He is a past chair of the Molecular Immunology Programme and Head of the Laboratory of Lymphocyte Signalling and Development at The Babraham Institute, Cambridge. Alexander was previously at the Imperial Cancer Research Laboratories in London (now Cancer Research UK) and spent 15 years developing university departments and laboratories overseas, latterly as Associate Professor of Biochemistry in the Medical Faculty of the American University of Beirut, Lebanon, where he helped to establish the National Unit of Human Genetics. From 1992-2013 he was Editor of the journal Science and Christian Belief, and Alexander also served as a member of the executive committee of the International Society for Science and Religion. Having given the Gifford Lectures at St. Andrews University in 2012, these lectures were published by CUP in August 2017 under the title ‘Genes, Determinism and God’. Dr Alexander’s latest book is ‘Is There Purpose in Biology?’ [Oxford: Lion, 2018].

In October 2018 Dr. Alexander defended the motion “This House Believes that Science Will Never Answer Life’s Biggest Questions” at Oxford University’s famous debating society in front of 750 students - the 10 min talk is on YouTube at: https://www.youtube.com/watch?v=aNw4wrXeEzk. The motion was easily won. 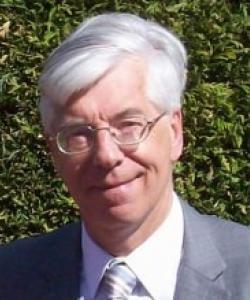