Assistant Professor of Economics & Director of the Center for Markets, Ethics, and Entrepreneurship
Aquinas College

David Hebert is currently an assistant professor of economics and director of the Center for Markets, Ethics, and Entrepreneurship at Aquinas College. He graduated with a degree in economics from Hillsdale College in 2009 and then attended George Mason University, where he earned a masters in 2011 and Ph.D. in 2014. During graduate school, he was an F.A. Hayek Fellow with the Mercatus Center and a fellow with the Department of Health Administration and Policy and also worked with the Joint Economic Committee in the U.S. Congress. Since graduating, he has worked as an assistant professor at Ferris State University in Big Rapids, Mich., and Troy University in Troy, Ala., and was also a fellow with the U.S. Senate Budget Committee, where he wrote a comprehensive report on federal budget process reform.

His area of expertise lies in public choice and public finance. Specifically, his research aims to address the question of why democracies around the world and throughout history systematically produce tax codes that are long, complicated, and contain numerous loopholes despite universal popular support for tax codes that are short, simple, and contain few (if any) loopholes. His work has appeared in numerous academic forums as well as popular outlets such as The Hill, the Daily Caller, the Ripon Forum, and Investor's Business Daily. 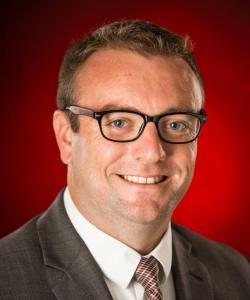