Daniel Lacalle is a PhD in Economy and fund manager. He holds the CIIA financial analyst title, with a post graduate degree in IESE and a master’s degree in economic investigation (UCV).(Wikipedia).

On January the 30th Mr Lacalle was mentioned in the US House of Representatives by congressman Mr. Joe Wilson from South Carolina, citing his article Do Not Forget About Cuba.

Mr. Lacalle has presented and given keynote speeches at the most prestigious forums globally including the Federal Reserve in Houston, the Heritage Foundation in Washington, London School of Economics, Funds Society Forum in Miami, World Economic Forum, Forecast Summit in Peru, Mining Show in Dubai, Our Crowd in Jerusalem, Nordea Investor Summit in Oslo, and many others.

Mr Lacalle has more than 24 years of experience in the energy and finance sectors, including experience in North Africa, Latin America and the Middle East. He is currently a fund manager overseeing equities, bonds and commodities. He was voted Top 3 Generalist and Number 1 Pan-European Buyside Individual in Oil & Gas in Thomson Reuters’ Extel Survey in 2011, the leading survey among companies and financial institutions.

Author of the best-selling books:

Mr Lacalle is also a lecturer at the London School of Economics, UNED University, IEB and IE Business School. 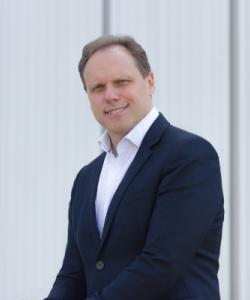