Dr. Daniel Britt is the Pegasus Professor of Astronomy and Planetary Sciences at the Department of Physics, University of Central Florida.  He was educated at the University of Washington and Brown University, receiving a Ph.D. from Brown in 1991.  He has had a varied career including service in the US Air Force as an ICBM missile launch officer and an economist for Boeing before going into planetary sciences.  He has served on the science teams of four NASA missions, Mars Pathfinder and Deep Space 1, the New Horizons Mission Science Team for the flyby of the Kuiper Belt asteroid 486958 Arrokoth, and the Lucy Mission Science Team for a series of flybys of asteroids near Jupiter.  He was the project manager for the camera on Mars Pathfinder and has built hardware for all the NASA Mars landers.  He currently does research on the physical properties and mineralogy of asteroids, comets, the Moon, and Mars under several NASA grants and is the director of the Center for Lunar and Asteroid Surface Science (CLASS), a node of NASA’s Solar System Exploration Research Virtual Institute (SSERVI). He also leads the Exolith Lab which is the world’s leading provider of science-based simulants for Lunar, Asteroid, and Martian regoliths. He has served as the Chair of the Division for Planetary Sciences of the American Astronomical Society and the Planetary Geology Division of the Geological Society of America. Honors include 7 NASA Achievement Awards, election as a Fellow of the Meteoritical Society, and an asteroid named after him; 4395 DanBritt. 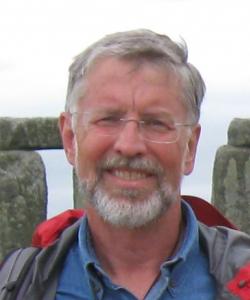