Carlo Lancellotti is a professor of mathematics at the College of Staten Island and on the faculty of the physics program at the CUNY Graduate Center. While his primary scholarly work has been in nonequilibrium statistical mechanics and kinetic theory, he has also been active as a translator from Italian. In particular, he has published three volumes of works by the late Italian philosopher Augusto Del Noce, which have had significant impact on Del Noce studies and drawn much praise. Recently he also translated an autobiographical interview with Cardinal Angelo Scola. Besides translating, he has written numerous essays of his own on Del Noce and on other subjects, which have appeared in Communio, Commonweal, Public Discourse, the Church Life Journal, Religion and Liberty, the Humanum Review, New Polity, Touchstone, and other publications. 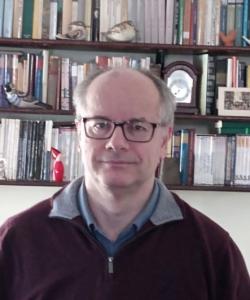