Fire of Invention: Intellectual Property and the Power of Human Beings

Adam MacLeod is a Professor of Law at Faulkner University. He has been a visiting fellow in the James Madison Program in American Ideals and Institutions at Princeton University and a Thomas Edison Fellow in the Center for the Protection of Intellectual Property at George Mason University. He is co-editor of Foundations of Law (Carolina Academic Press 2017), and author of Property and Practical Reason (Cambridge University Press 2015) and of articles, essays, and book reviews in peer-reviewed journals and law reviews in the United States, United Kingdom, and Australia.

Professor MacLeod writes and speaks in numerous venues about the foundations of private law and private ordering. He teaches courses concerning property, intellectual property, jurisprudence, and private law theory. He is a faculty member in the Witherspoon Institute’s graduate seminar on the Moral Foundations of Law. He contributes to journals of news and public opinion such as the Washington Times, New Boston Post, Public Discourse, and Library of Law & Liberty. 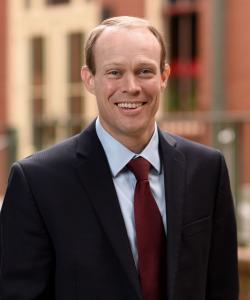