Why Malthus Was Not a Malthusian

The Rev. Thomas Robert Malthus is best known these days as the father of the “Malthusian” notion that the perpetual pressure of population on resources requires significant policy intervention (population controls, “green” production and consumption policies, etc.) to maintain sufficient resources for future generations.

Malthus actually said no such thing. What he did say is that, when unchecked by good institutions (markets, the family, limited government, and social norms that support market coordination and social and political cooperation), population growth can create problems. His framework, then, puts a lot of emphasis on the institutional and cultural context within which markets work. His further studies on the issue provided a comparative institutional analysis of how institutions and the population principle interact in different civilizations. And, in case you wondered, he argued that we do not, and perhaps cannot, know the productive powers of the earth! In short, Malthus was not a Malthusian!

The lecture will examine Malthus’ population principle and his comparative analysis of civilization. It will also summarize Malthus’ career as a priest in the Church of England and the first professor of political economy in England, as well as his connections to William Wilberforce, the Clapham Sect, and the abolition of the slave trade.

Debating Malthus: A Documentary Reader on Population, Resources, and the Environment, edited by Robert Mayhew. University of Washington Press, 2022. ISBN: 978-0295749907

Why Malthus Was Not a Malthusian. Handout12.75 KB

Professor of Political Economy, School of Civic and Economic Thought and Leadership, and Director of the Center for the Study of Economic Liberty
Arizona State University 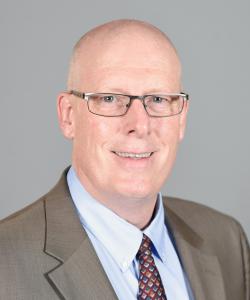