In this session we will critically examine how and why courts, legal scholars, and other powerful actors in public life seem to misunderstand the nature of religious beliefs. We will look at two different types of misunderstandings: (1) those in which the views of religiously motivated citizens are treated as if they can never be the deliverances of reason, e.g., when the prolife view of unborn life is labeled as a matter of “faith,” and (2) those in which the liturgical practices and sacred objects of religiously motivated citizens are either ignored (e.g., the Masterpiece Cakeshop case) or treated as if they can be adequately explained by a nonreligious analogy (e.g., the case of the Sikh student and his kirpan).  We will also look at our culture’s shift from political liberalism to hegemonic liberalism and its implications for the future of religious liberty.  The title of this session is taken from the speaker’s book, published in 2015 by Cambridge University Press. It was the winner of the prestigious American Academy of Religion’s 2016 Book Award for Excellence in the Study of Religion in the category of Constructive-Reflective Studies. 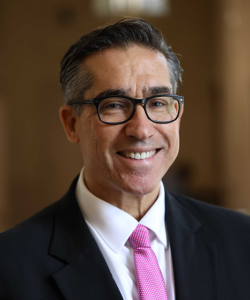