In 2017 Rod Dreher published the much discussed book, The Benedict Option. Dreher’s impassioned work argues that America, and the West at large, is at a crucial turning point where men and women of virtue must turn aside from maintaining the American civic imperium and instead withdraw to construct “new forms of community within which the moral life could be sustained so that both morality and civility might survive the coming ages of barbarians and darkness” (17). On one hand, Dreher’s remind us that seeking the wisdom of the past, in this case Benedict of Nursia, is always helpful way to chart a course forward. On the other hand, recovering a vision of cultural engagement must look beyond Benedict to figures like Justin Martyr, Blandina and Perpetua, Tertullian, Origen, Basil, Augustine, and others living within early Christian communities and engaging the various social, economic, and political spheres in a variety of ways. Their religious identity ultimately distinguished the church’s self-understanding from inherited views of national or cultural citizenship. At the same time their identity also shaped the church’s participation in civic discourse, public life, and service within the wider culture. These activities of cultural engagement were also conducted with the conviction that all kingdoms and nations are temporal and regardless of what becomes of the secular state the church awaits the kingdom of God that will have no end. The early Christian vision of civic engagement offers so much more than mere cries to retreat, think local, and wait out the coming age of barbarism. It offers a more hopeful vision for the Christian life that is sure to inform and inspire cultural engagement in the contemporary world. 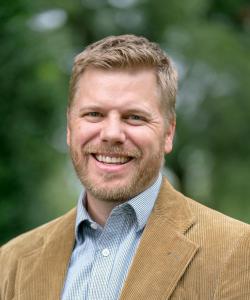