Abraham Kuyper Among the Nations

"Abraham Kuyper, Dutch Prime Minister (1901–1905) and modern Calvinist, was a controversial figure, not least in his foreign affairs. Yet while Kuyper’s legacy has been felt in the world of religious, especially Christian, political, and social theory, very little has been made of Kuyper’s actual record as a foreign policy maker and a Prime Minister. So, what was Kuyper’s “Christian” perspective and policy on foreign affairs? Using newly available English translations, this article outlines Kuyper’s “overseas manifesto” made most plain in Our Program, and compares it against Kuyper’s commentary and policy in three major foreign crises: the Boer Cause, in South Africa; the “pacification” of Aceh, in modern-day Indonesia; and finally, the calamity of the Great War in Europe. From these I will paint an introductory, if general, picture of a serious, religious foreign policy maker, and a commentator on world affairs; a complex picture of religiously inflected policy in the early 20th century, with lessons and warnings for scholars of religion and foreign policy today.

Joustra, "Abraham Kuyper Among the Nations" in Politics and Religion, 2017

Director of the Centre for Christian Scholarship
Redeemer University College 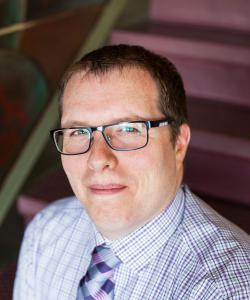